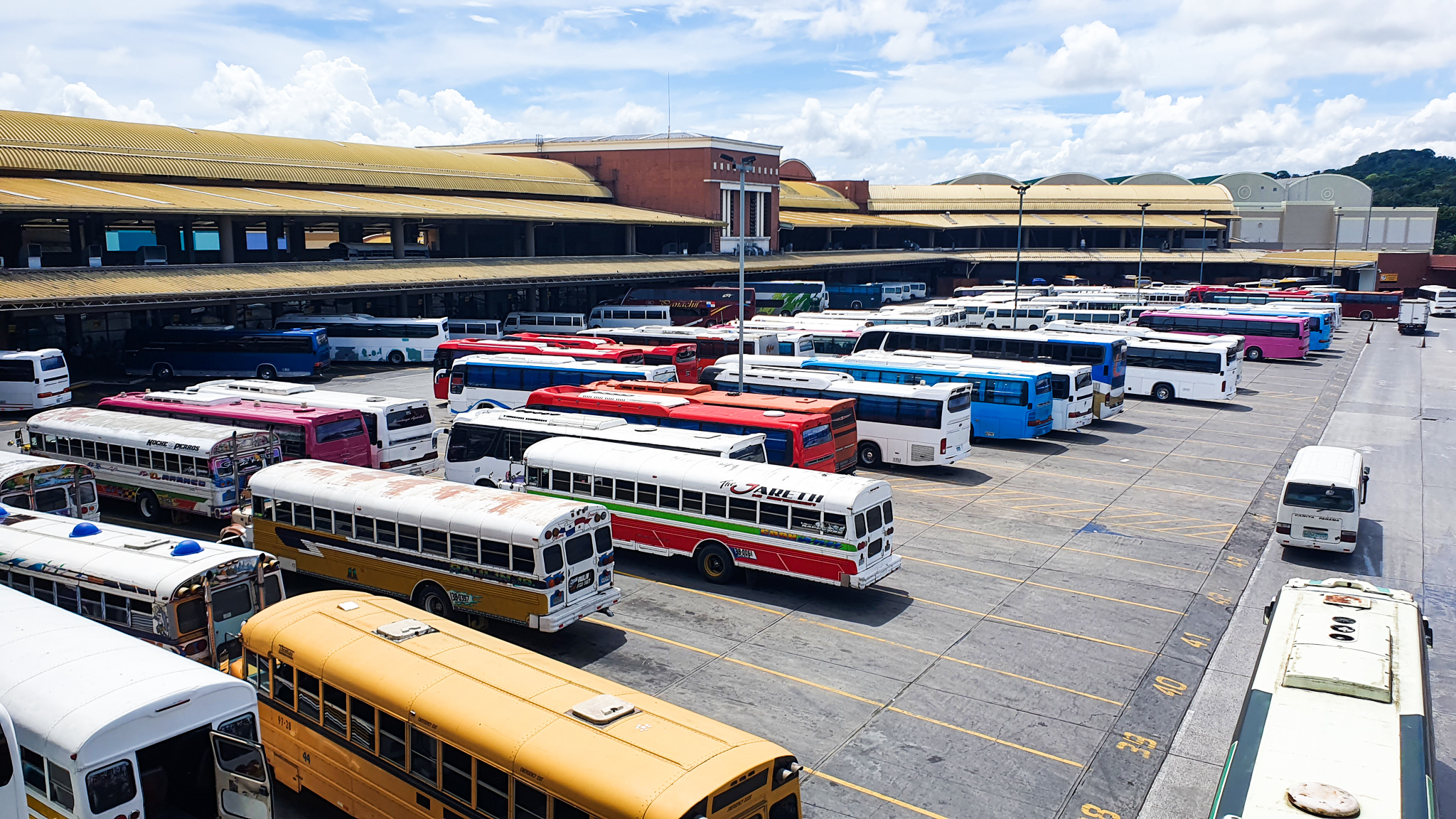 How do you get from A to B in Panama? How is public transportation arranged? And how do you know which bus to get? For starters, a few apps are handy to have on your phone.

For a map of the country or city, Google Maps is recommended. Maps.me is another fine app, which more often than not also features hiking trails on other hiking routes. Download the maps of the particular region you are going to, this way you can use the maps even when you are offline.

The apps Rome2Rio and Moovit provide insight into which buses you need from A to B. However, they are not always up to date.

For current travel times, please visit www.thebusschedule.com for the various bus routes and times. In practice, the buses often run quite punctually and so you can rely on these schedules, if not you often don’t have to wait long as the buses go quite regularly.

Public transportation in Panama is well organized. Not all roads are always in good condition, but the (mini) buses go very regularly and are not very expensive. On most longer routes, white minibuses or coaches, which can hold over 30 passengers, run or (touring) buses run. All are air conditioned to a fine temperature. As is often the case, there is always room seen somewhere to take an extra person, therefore it can get crowded on the bus. You can also get on and off wherever you want. As a result, the buses stop fairly frequently. Not all buses have stop buttons. Generally speaking, in Panama, if you want to get off the train, walk up front for a while. You can then indicate to the driver that and where you want to get out (if it is outside the stops). It is also common on the larger city buses that do have a stop button, that before your stop is there, you stand fast at the door. This makes getting in and out of the car easier and faster.

On the smaller distances around a village or town, there are smaller buses for about 15 people, for example around Boquete or on Colón on Bocas del Toro. You always pay a few dollars for the ride, and often with the driver on the bus. Cabs are also very common. They are bright yellow so they stand out. Always discuss a price in advance. Uber also runs in Panama, not in all cities, but at least in Panama City. Uber is generally the cheapest cab option in Central America.

For each destination in Panama described, we also describe how to get there and how to travel around using public transport. We also describe details such as travel routes, costs and the length of the trips. On instagram, the highlights of Panama include photos of the means of transportation and bus stations.

Shuttles also run between the various tourist towns. Often these are faster than if you take public transportation, but they are also more expensive. For example, for a ride from Boquete to Bocas del Toro (including a boat ticket) you often pay around $30 and the rides in the interior are $50 on average. It’s an easier and faster way to get from A to B.

You can rent a car in Panama very easily, also with the possibility to return the car at another place. It gives you more freedom to go wherever you want. And especially in the regions like Boquete, Santa Fé and Valle de Anton, it gives the opportunity to drive through the beautiful environments. Keep in mind, however, that online reservations often do not yet include insurance, even though it is mandatory to have it in Panama. Insurance starts at €20.00 per day and can easily double the cost of the car.