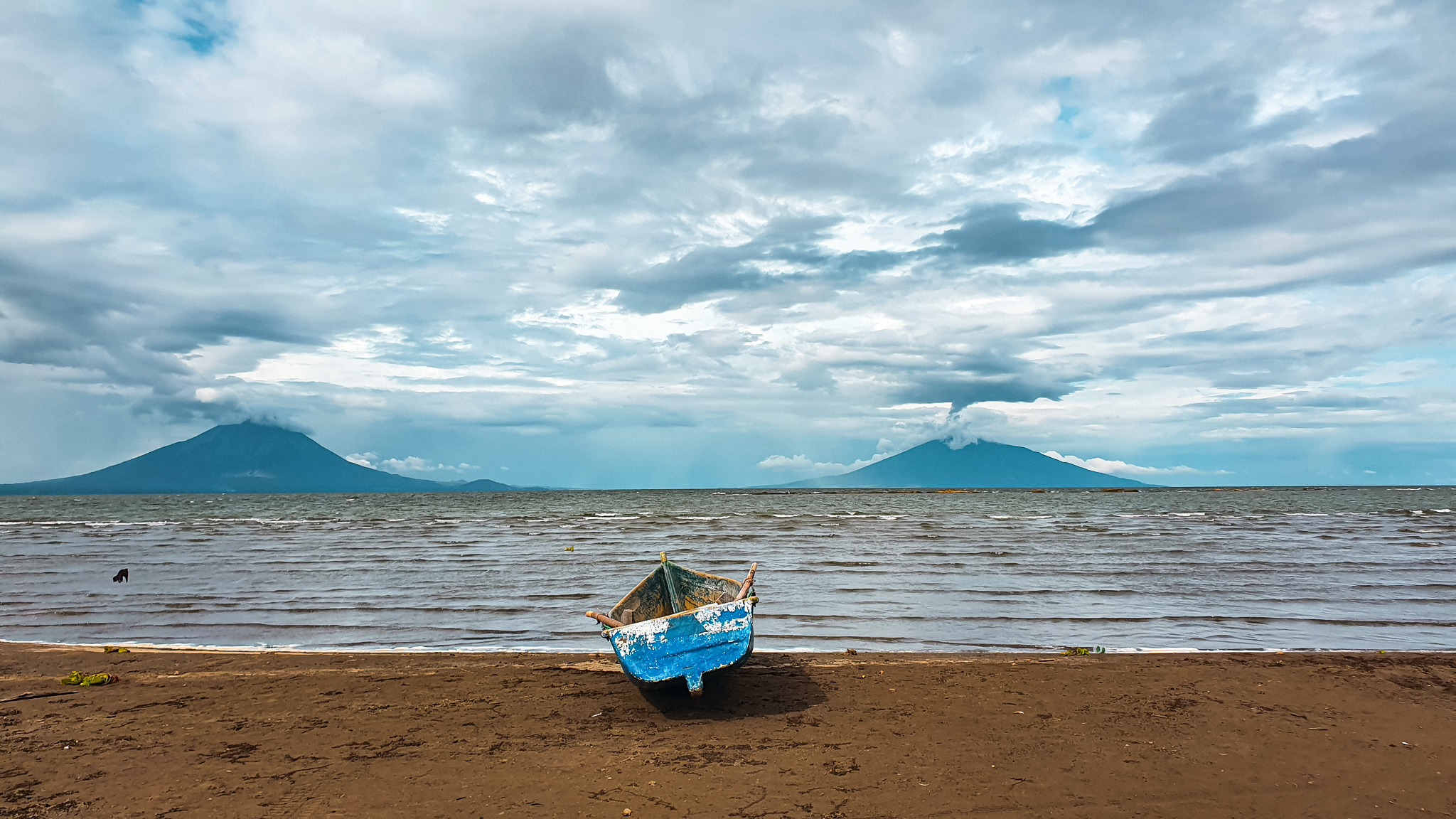 Isla Ometepe, at 276 km2, is the largest freshwater island in the world. Formed by 2 volcanoes, Concepción and Maderas, it is one of the highlights for many travelers. Literally and figuratively, because both volcanoes are climbable. But there is more to do on Isla Ometepe than climb volcanoes.

The most well-known activity on Ometepe is to rent your own means of transportation for a day(s) or longer. It is the ideal way to get from A to B as cabs on the island are pricey, buses are irregular and mototaxis (tuctuc) only cover short distances. You rent a scooter/dirtbike for $18 for 24 hours and quad often costs around $60. Most of the roads on Ometepe are paved and perfectly passable. There are also some dirt roads among them. It’s good to take that into account. From Moyogalpa through the south to Santa Cruz/Balgüe is perfectly passable. You are allowed a maximum of 60 km/h on most stretches.

If you have your own means of transportation, stop by Playa Mangos. Playa Mangos is primarily a place to relax on the beach and/or swim with the view of the Concepción volcano. There is a bar/restaurant so you will last there for a while. Note that Google also indicates a Playa Mangos near Balgüe, but that is the wrong location. You need the Playa Mangos at El Peru. Until Santa Cruz the road is good, and the last 4 kilometers is a dirt road. Playa Mango’s is open until 6 p.m. every day.

If you’re driving around anyway, you can hardly miss the airport. Between Moyogalpa and San José del Sur is the airport that receives a flight only once a week. The road between the cities goes over the runway and gives a cool viewpoint.

This piece of land runs a fair distance into the water, allowing you to see both of Ometepe’s volcanoes from the tip. It is also a popular spot with locals who like to spend their weekend or end the day there. It is a tad touristy, as you will find several bars and restaurants and sales stalls. But when you walk from there, you also see the local fishermen who are bringing in their catch, for example. A nice spot for sunset. From the main road it is about 1 kilometer on a dirt road.

Climb (one of) the 2 volcanoes. Although the hike is not very complex, it is mandatory to climb the volcanoes with a guide, as people have gotten lost in the past. You can have a guide arranged by your ho(s)tels for about $15 per person. You will additionally pay 100 Córdoba when you arrive at the volcano. Climbing volcano Concepción and Maderas takes a total of 6 to 7 hours. At the Concepción, your hike may take an additional 2 hours, depending on whether or not you want to walk to the crater from the lookout point. The climb is relatively tough and it’s good to start early in the day to get a little ahead of the heat. During the hike, you may encounter capuchin monkeys and howler monkeys, as well as deer, multiple insects and lizards. Certain sections can be quite tough due to the height and steep sections, but it’s worth it because once you get to the viewpoint, you have a great view. On a clear day, you can also see the Mombacho volcano from the Concepción.

Take a coffee and/or chocolate tour

The island of Ometepe not only derives its income from tourism, it is also home to several coffee and chocolate farms. At Finca Magdalena, you can take a coffee tour (booking in advance is recommended) or just have a nice cup. At El Pital Chocolate Paradise you can take a chocolate tour.

At the foot of the Maderas volcano is the San Ramón waterfall. This 50-meter-high waterfall is an impressive sight. The only thing, is that the waterfall is somewhat difficult to reach, as the road leading to it is a poorly maintained dirt road, which can only be done by cab, dirtbike or quad. You can also walk to the waterfall. That’s about 5 kilometers one way. Keep in mind that in the dry season (January – April/May) the waterfall may not be very impressive due to limited water, as the waterfall can be as much as 10 meters wide in the rainy season.

Although often discouraged, Moyogalpa is the most practical place to stay. From there you can do many activities and again you are close to the ferry terminal. If you want a little more atmosphere, you can choose to stay in Santa Domingo, Santa Cruz or Balgüe. Here you will find trendy ho(s)tels, restaurants and cafes.

You get to Isla Ometepe by ferry or lancha (small boat) leaving from San Jorge. You get to San Jorge via Rivas. The distance between these cities is only small. You can take a minibus from Rivas to San Jorge for about 20/30 Córdoba or a cab for no more than 35 Córdoba per person. If you go by cab it is good to agree on a price in advance.

Once in San Jorge, you must first buy a ticket for tourist tax, 36 Córdoba per person and you do this at a counter next to the gate. Then you continue the road after the gate and after about 100 meters there is an office on the left where you buy your ticket for the ferry or lancha. Ferry costs 50 Córdoba and lancha 30 Córdoba. You can take a ferry to Moyogalpa, the largest village on the island, or to San Jose on the island. The Ferry takes about an hour. The journey is calm and quiet and therefore the ferry is recommended. Don’t expect luxury. There are ferries with a small kiosk where you can buy soda and snacks, but not all of them have that.

Depending on where you are staying on Ometepe, you can take a cab or the chicken bus to your hotel. The bus does not seem to have a set driving schedule, but it is the cheapest solution. There are also mototaxis (tuctucs) going.

Island of Ometepe is bigger than you think. From Moyogalpa to Santa Cruz, for example, it is easily 45 minutes by car. Therefore, a scooter/dirt bike/quad is often rented to get around island, as the mototaxis are often only for short distances, the bus is irregular and cabs are expensive. In addition, it is wonderful to have your own means of transportation so that you can explore the island in complete freedom.

Back to the mainland is the same way. By ferry or lancha and then a minibus (10 – 20 Córdoba) or cab (about 35 Córdoba) from San Jorge to Rivas.