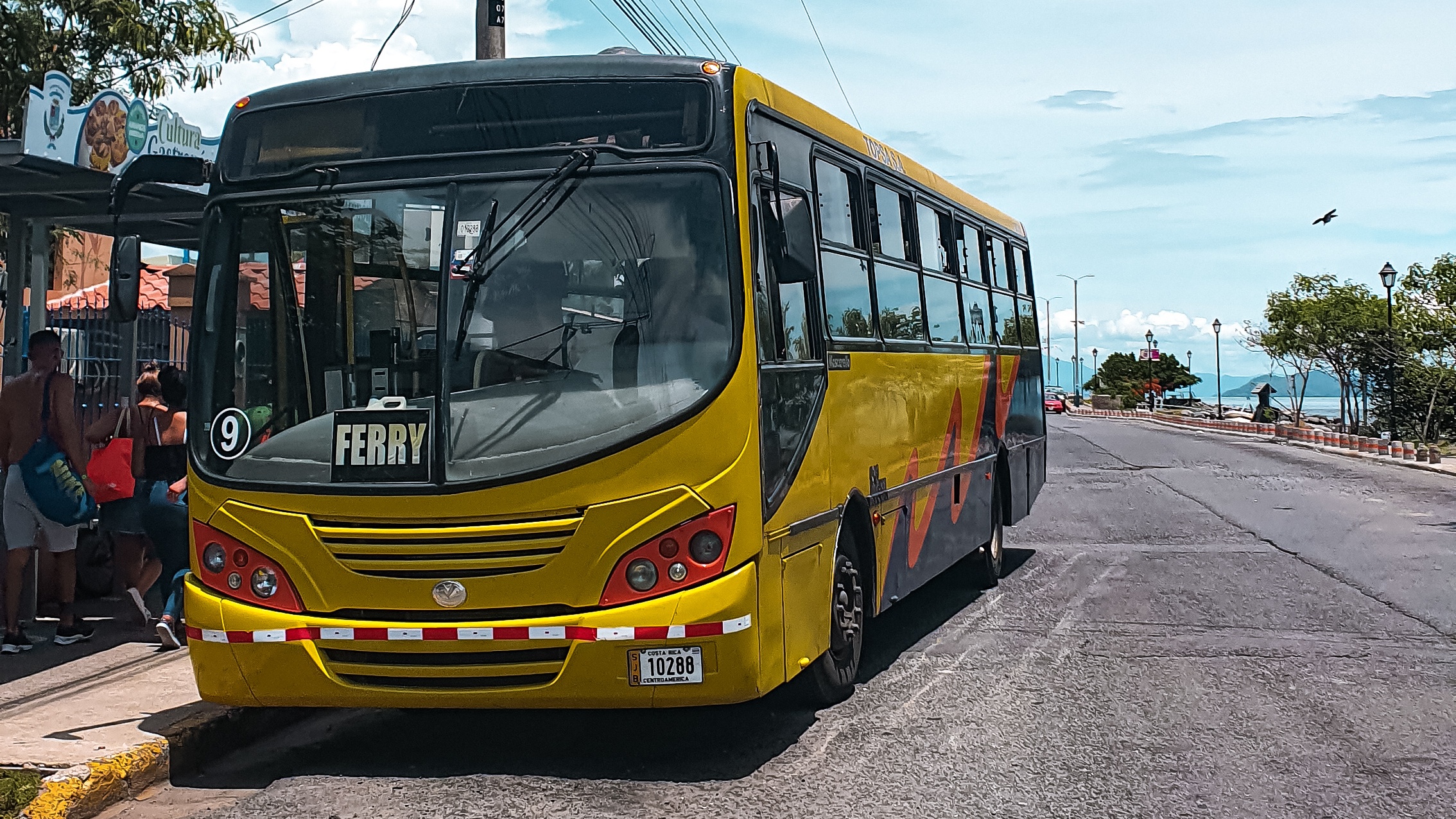 The bus system in Costa Rica is somewhat complex. There are many different bus companies that run their own routes. So it is important to read up on where which bus company goes and from where it departs.

In San Jose, almost every bus company has its own bus station. They can be found on Google which makes it easier. Almost all the buses are (old) coaches, without air conditioning. Most local buses have a string hanging through the bus in addition to, or instead of, stop buttons. It hangs either against the ceiling or along the windows (near the curtains if there are any). Pulling the string serves the same purpose as the stop buttons.

Most times you pay on the bus to the driver, mainly the most local buses. More organized bus companies, such as Tracopa and T.Q.P. have a counter at the bus station where you buy your tickets (can often be done in advance).

The most well-known bus companies are:

Mepe – drives from San Jose to the northern Caribbean part of Costa Rica, such as Limón, Cahuita and Puerto Viejo de Talamanca.

Tracopa – drives from San José to the Pacific side of Costa Rica, to Uvita, Dominical and Jacó, among others.

Deldu – Drive between San Jose and the Peñas Blancas border with Nicaracua.

But in addition, there are many other bus companies that operate in Costa Rica. It’s always a bit of figuring out which bus to take where and when it leaves. The destinations we have been to describe the best way to get there, with more travel details such as travel times, bus companies and costs. For more general information for the entire country, these websites are helpful to consult. We do advise you to always check the current departure times on location or ask at your hotel or bus station.

Cabs also run in the various cities if you want to get from A to B for short distances. In San Jose, the Uber also works well. Uber also runs in other cities like La Fortuna and around Uvita, but not nearly as well.

In addition to the buses that operate within Costa Rica, there are also international bus companies that operate across national borders. Consider the Ticabus, which travels through all the countries of Central America, from Mexico to Panama. On their website you can book tickets online.

The TransNica bus is a bus company that runs between Honduras, Nicaragua and Costa Rica. On their website you can book tickets online on different routes.

These buses are more expensive than regular buses, but often run directly through, without stopping and letting people on and off the bus.

In addition to Public Transportation, you can also get from A to B in Costa Rica very easily with shuttles. Often a lot faster than public transport and much more tailored to where you want to go. Just make sure you pay for this as well. A ride that normally costs €6 by bus can quickly cost €50 or more by shuttle. Shuttles can be booked at any location, mainly in the tourist areas. A day tour can also be done by shuttle.

Renting a car is sought after in Costa Rica. Not only renting a car (4×4/SUV), but also renting a camper or an SUV with a rooftop tent is widely done. Especially in the period from December to April (high and dry season), you can assume that many cars are reserved. Would you like to rent a car? Then consider your travel period and book the car well in advance. Also keep in mind that from April/May the rainy season begins. Generally, this is not a big deal, as the country is greener and the rain often only falls at the end of the day. If you would like to go camping then this period can be seen as less pleasant.